I'll upload this as well at some point over the weekend...

I really enjoyed making these comps - oh to be young(er) again.

Email
o
oneshed phil
Re: A Trip To Toytown

thanks mark I used to have them but lost a lot of stuff in one of our many moves are you happy if i share this superb compilation?
If you have uploaded yet let me know as i have links now[I got them today] and I will post on here for those that want them
all the credit will be in your name of course as its all your work

Feel free Phil, but keep in mind the entire concept was Mick Capewell and Mark Frumento on the old Marmalade Sky site. I'm just the guy who schlepped it together and slapped some artwork on it...

If there's any issue with the links you found, I just uploaded it myself to Zippyshare:

Email
o
oneshed phil
Re: A Trip To Toytown

Email
m
mrshoemakerman
Re: A Trip To Toytown

I lost my copy of this as well. Either of you have working links?

Email
o
one shed phil
Re: A Trip To Toytown

m
MrShoemakerMan
Re: A Trip To Toytown

w
Wallace
Re: A Trip To Toytown

Mark: what are some of the lesser-known ones that do not appear on other comps?

Is one set more obscure-related?

Email
b
Baggs The Man
Re: A Trip To Toytown

Anyone can zippy V.A. Underground Wotsits vol 2? (I think Gian put this one together) 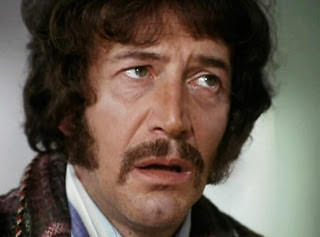 At the time this put together (eleven years ago... really?), I probably had about 70% of the tracks scattered about on various albums - the obvious stuff like Bowie, Idle Race, Bee Gees, Hollies, Kinks, Marmalade, Kaleidoscope, etc. and various compilations supplied a lion's share of the others. But it was that elusive 30% that took the time and effort to find.
Now however, even a good number of those are readily available from the abundance of various artist compilations that have been released over the intervening years since 2007.

Now I haven't stayed on top of all the series that have come out - I'd go broke - but I'm not sure if songs like 'Lydia' from Blue Yogurt or 'Elephant Rider' by Hush have been officially comped or not (I might even already have them on a Piccadilly Sunshine or one of the Grapefruit clamshell boxes for all I know!)

At any rate, here is the full track list... it would be interesting to find out if there ARE any rarities left on this collection...

Email
s
Stuart Robertson
Re: A Trip To Toytown

Mark,here are tracks i personally have never heard,whether that makes them rare,i don't know,i have a lot of cd comps,and the following i've never come across before:

As i say,i don't know if they're rare,but i did have a look at many off my uk comps of 60s and early 70s pop,sike,psych etc,including The Piccadilly Sunshine 20 volumes,which this type off sound was omnipresent on those.

I don't have all the cornflake Zoo comps,and some other comps,that have been out over the years,but those listed,i've never heard or come across,though i've heard off Joyces Angels,i've never heard their music.

Maybe others who take part here,may have more information if those i've listed being on some compilation or other....i may have missed them......it's 5 am,and i'm a bit bleery eyed,but i did go through my cd comps of UK stuff,it took a while,and a matter of fact,it has resulted in me keeping out a fair few comps i've not listened to in an age,that i shall be spinning over the coming days!!!!