Between 1966 and 1976 Group 1850 blazed an unforgettable path across the Dutch music scene. With mercurial singer/keyboardist Peter Sjardin at the helm, they made some of the most dark, daring, strange, subversive, mind-altering, barrier-smashing progressive music of the era. A half a century later, their records are revered worldwide by connoisseurs of sixties and seventies psychedelia and underground rock.

Purple Sky is a comprehensive 8-CD box set of the band’s complete works, including many previously unreleased recordings. It contains their sought-after albums Agemo’s Trip To Mother Earth, Paradise Now, Polyandri, 1850 Live and Live On Tour, and Peter Sjardin’s rare solo album Changes (the last four for the first time on CD). It also features 39 non-album bonus tracks, including the original mono mixes of their singles, stereo versions, and seven newly-unearthed unreleased live and demo recordings: 82 tracks in total. All are HQ remastered from the original tapes. The box is completed by a lavish booklet featuring never-before-seen photos and memorabilia from the band’s personal archives, and liner notes by Mike Stax (Ugly Things). As this comprehensive collection makes clear, the comet-like path Peter Sjardin and his fellow musicians blazed across the sixties and seventies skyline burns as brightly as ever.

A warning and some advice from Steve Hoffman to those who've not already spent their money on getting this box set:

Yes, I know the Hoffman listers are technical people with finely attuned ears and who work with sound as technicians and have high end sound sytems to listen to CDs with etc so I am not qualified to criticise what they say or hear. However, I think most people experince music by listening to it not watching to see what waveform pattern it makes on a computer screen! I understand brickwalling (try listening to any CD by Oasis, it's impossible to turn the volume above about 3 or 4 because of the loudness).

However, I think if I only bought music based on how happy Hoffman listers were with it, I'd have about three CDs in my entire collection! Their rationale seems to be to find fault with reissues and they usually do. I'm not even sayng they're wrong, just that it doesn't matter that much most of the time even if you can tell the difference. I can usually hear the difference betwen true mono (The Rolling Stones in mono box set) and stereo fold downs and I can hear when something is amazingly re-mastered to the point of it sounding like a new recording such as the recent Kate Bush reissues.

Beyond that sort of level, is the average Joe or Joanne really being badly served by a lot of the reissues they buy? I don't think so. I have loads of Dutch CDs on the Pseudonym label including Group 1850 and it sounds fine to my average ears on a good Bose CD player. If anyone here has anything on the Pseudonym label, give it a spin and see what you think. Has the bottom just dropped out of your world because there's a peak in the volume at 2.21 on one track as shown in a waveform? I thought not. I get that the Hoffmanites are kind of guardians of good mastering etc., and so they can explore it at a more finite level than most if us Jo Blows and I respect them for it. However, don't take that to mean something is unlistenable or disappointing because of what for most listeners are slight differences in sound even if for the Hoffmanites it's tantermount to the collapse of the Notre Dame cathederal roof!!

I pre-ordered the Group 1850 set as soon as I saw it and am wholly confident in it. I am also partial to those Particles box sets, like the upcoming Irish one, I love how they sound though a Hoffman lister would be apoplectic with technical rage over them.

So I am looking forward to the Purple Sky box and having all my Group 1850 in one place.

From reading Steves link it seems they[hoffman] are passing judgement before hearing the new box set..just my thoughts 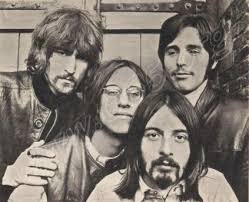 Thanks Paul and Phil. Your comments are respectfully heard and much appreciated - so much so that I've had a change of heart and pe-ordered the box set myself!
Sometimes my obsessiveness needs some self-control and as regards ideals - they are fine in their right places but I need to sometimes remind myself that a rigid oak tree can get uprooted and destroyed in a storm, while some flowers may survive because they are flexible. You also reminded me Paul, that although my sense of hearing has always been finely tuned, now the passing of time has caused some dulling of aural perception and anyway, I don't have a Hi-Fi system to play stuff on! Seems like lifetimes ago but I used to have dreams and aspirations and expectations. Always thought I'd get a Bang and Olufsen system {they used to be the creme-de-la-creme of Hi-Fi manufacturers} one day, but never did. Also I thought I might be the new Bob Dylan, but the old one refused to go away.

Honest words Steve have a nice Easter my friend

I have more than a few pseudonym cds and I find all of them very good quality. I feel if you're going to look for faults in sound with top of the range monitors etc the bets of finding faults will be very high!! I don't buy cds looking for faults but for listening to music. I've found a big difference in quality and technology concerning the sound reproduction on cds in say the last 10 or so years, when cds first came out it was a brand new technology and lessons have been learnt through the years.the way some folk talk it was as if vinyl was faultless which as we know is totally ridiclous!! You never hear of people getting monitors out looking for faults in vinyl. Remember vinyl was used for sound reproduction for much longer than cds and there's still faults with vinyl. I feel cds still get a hard time from many vinyl snobs, it really gets on my goat, I've stopped taking part in music discussion groups because of the massive vinyl snobbery and the noses being turned up if you mention cds, I bet there's cds that sound better than vinyl, as there's no age with pops and clicks, particularly in quiet parts of albums. Vinyl aint perfect and never has been!! Anyone who seriously has this belief I feel is deluding themselves! It's 2019,cds sound far far better than they did in the 80sa and 90s.does vinyl really sound any better than it did 30 years ago?? Ok I miss the artwork on 12"sleeves, but we're talking sound here.i honestly feel a lot of collectors of vinyl kid themselves on when it comes to sound quality, many just can't see past the black vinyl, even if remastered cds do sound marvellous, the snobbery absolutely astounds me and as you've guessed annoys me.i for one will be sad to see the demise of the cd as it's being bought less for downloads from music sites where you don't even get artwork or liners. I suppose that's the technology that a lot of younger people opt for, could this mean the end of collecting music as we know it could come to a very slow end, where it's all stored on a computer, the days of your flat running out of space due to an ever expanding collection of vinyl or cds?that thought fills me with absolute misery!! But really cmon you vinyl only junkies, look past the black slab of music and give new silver discs a shot, they sound terrific, even the bootlegs cds have moved on massively when it comes to sound quality.all those past and present box sets are bootlegs, and on the whole sound very good.of course not all cds are going to sound great just like vinyl, sources of sound if masters are missing of course can have a big impact on sound but that goes for any medium reproducing sound. There that's my thoughts on this,a bit of a rant in places concerning snobbery,which I hate in life in general anyway.

I'm with you on the snobbery bit Stuart and agree with lots of what you write..Lets face it a good live concert cannot be beaten even by vinyl or cd or cassette
And as most of the groups/music folk are interested in on this site are gone or are getting to old to perform on the level they used to we are stuck with vinyl/cd's/cassettes.
I also feel folks hearing differs a awful lot so I would guess no two people hear the same sounds from music so what is quality to one set of ears is shite to another..its a bit of a minefield really.
The few may feel as they have high end equipment they are getting the best sound but in reality are they? Who would know?
Not I!! but I do know what I like music sound wise and that is what matters to me

Vacilated about buying this coz I have over half of it already. Cheapest I have seen it on my searches is just over £40 including P&P (still sealed) anyone know of a cheaper source?