Coming at the end of October:

Mighty Baby - At A Point Between Fate And Destiny ~ The Complete Recordings.

It's a six cd set :blush: in a clamshell box on Grapefruit Recrods. Not seen any further details yet though, so do post a track list someone if you spot it.

Likewise another clamshell box set, this time a 3 cd various artists set called 'Across The Great Divide ~ Getting It Together In The Country 1968-74' also slated for end of October. Track listng splease?

Mighty Baby: At A Point Between Fate and Destiny – The Complete Recordings, 6CD Boxset
Mighty Baby
£24.99

One minute The Action were the ultimate mod cult band, belting out exuberant Anglicised approximations of Tamla/soul material in clubs across the country, the next they’d shed singer Reggie King and mutated into questing countercultural adventurers Mighty Baby.

Under the leadership of guitarist Martin Stone, they would become increasingly insular as four of the five band members converted to Islam and they moved slowly towards a more improvised sound. By the end of 1971, fasting for Ramadan had left them almost too weak to perform onstage, at which juncture they came to the reluctant conclusion that rock’n’roll and the Muslim faith were incompatible.

Over the previous three years, however, they made some magical, mystical music that is now collected under one roof for the first time. The band-authorised 6-CD set At A Point Between Fate And Destiny features all surviving recordings, with much-loved studio albums “Mighty Baby” and “A Jug Of Love” joined by rehearsal sessions, a complete and previously unissued alternative version of the first album, audio from the band’s only TV appearance and other studio outtakes.

The set also features three hours of 1971 live material, with a ninety-minute chunk of their legendary appearance at Glastonbury that includes previously unreleased versions of Mighty Baby favourites ‘Virgin Spring’, ‘Goin’ Down To Mongoli’, ‘Woe Is Me’, ‘Devil’s Whisper’ and, most thrillingly of all, the hitherto-presumed-lost full 36 minute version of ‘A Blanket In My Muesli’.

Featuring a host of rare photos and memorabilia as well as a new 12000 word essay that covers the band’s unique journey from mod to odd with the aid of extracts from key member Ian Whiteman’s fascinating unpublished autobiography The Average Whiteman, At A Point Between Fate And Destiny is self-evidently the definitive word on a group who occupied their own peculiar time and space in the late Sixties/early Seventies underground rock firmament, blowing more than a few minds in the process.

A JUG OF LOVE

A JUG OF LOVE REHEARSALS

ABANDONED 1970 ALBUM
DAY OF THE SOUP

and here's the tracklists for 'getting it together in the country'

TRACKLIST
At the height of psychedelia and the worldwide Summer of Love, Traffic retreated from the bright lights of the city and the music industry hurly-burly to get their act together in the wilds of rural Berkshire – where, away from the outside world, they worked on an organic fusion of jazz, folk, pop and R&B elements that would herald a game-changing new maturity in British rock.

Over the next twelve months or so, Traffic’s symbiosis of bucolic living and naturalistic music would be mirrored by events of the other side of the Atlantic: The Band’s rootsy country/soul/R&B stew, The Byrds’ move into country-rock and Crosby Stills & Nash’s intricate harmonies and acoustic-led instrumentation would all strike a chord with British rock bands and the burgeoning hippie scene in general.

Traffic’s concept of getting it together in the country, together with the nascent West Coast sound and the first real stirrings of what would subsequently become known as Americana, had a seismic effect. Numerous bands – Brinsley Schwarz, Bronco, Heron etc – began to live communally, retiring to remote farmhouses and country cottages to write, rehearse and even record in splendid isolation.

The peacock plumage and acid-in-wonderland lyrics of psychedelia were rejected. Instead, The Band’s down-home appearance and tales of old-time rural America were adopted wholesale. Polite, middle-class young men raised in quiet suburban towns on a diet of Marmite, The Dandy and early closing on Wednesdays suddenly assumed the appearance of weather-beaten, late 19th-century Klondike Gold Rush prospectors. The Aquarian Age was slowly turning into the Agrarian Age.

Across The Great Divide: Getting It Together In The Country is the first compilation to shine a light on this curiously neglected stitch in the constantly-evolving British rock tapestry of the late Sixties/early Seventies. Joining huge names like Rod Stewart, Traffic and Fairport Convention are cult underground acts, mainstream Sixties pop groups updating their sound, a post-Dylan wave of back-to-the-land singer/songwriters and a clutch of righteously obscure rural rockers whose music failed to find an outlet at the time.

Over three 3CDs and four hours of music (including several tracks that have never previously been issued), and housed in a clamshell box containing a 44-page booklet, Across The Great Divide assiduously charts the fascinating period when a posse of British musicians bravely attempted to build Cripple Creek in perfidious Albion’s green and pleasant land before shrugging their shoulders and moving on to either glam-rock, hard rock or the movement’s logical successor, the spit-and-sawdust pub rock circuit. Happy trails!

TEATIME ON THE TRAIL

Well this Country rock compilation is really a surprise! I have been working on my own private compilation of this genre for a few uyears, unsuspecting anyone could have been interested! Many of the tracks I was choosing are not here anyway, so I'll go on and maybe I will let them available in the next future ;)

Perhaps it comes down to licensing issues But is there anything from the UA label here?
Nothing by Man, Help Yourself or Gypsy.
Procol Harum-Souvenir Of London? Traffic-Forty Thousand Headmen. Never thought of those as country.

Email
g
Gian
Re: Across The Great Divide boxset
Mr Wisdom's Whopper
Perhaps it comes down to licensing issues But is there anything from the UA label here?
Nothing by Man, Help Yourself or Gypsy.
Procol Harum-Souvenir Of London? Traffic-Forty Thousand Headmen. Never thought of those as country.
For sure licensing problems, even if other UA/Liberty acts are in, like Cochise o the Brinsleys. Anyway I checked with the tracks I am collecting, only 13 bands in common nd among these, only one identical song, Shape Of The Rain's Willowing Trees:grimacing:
Email 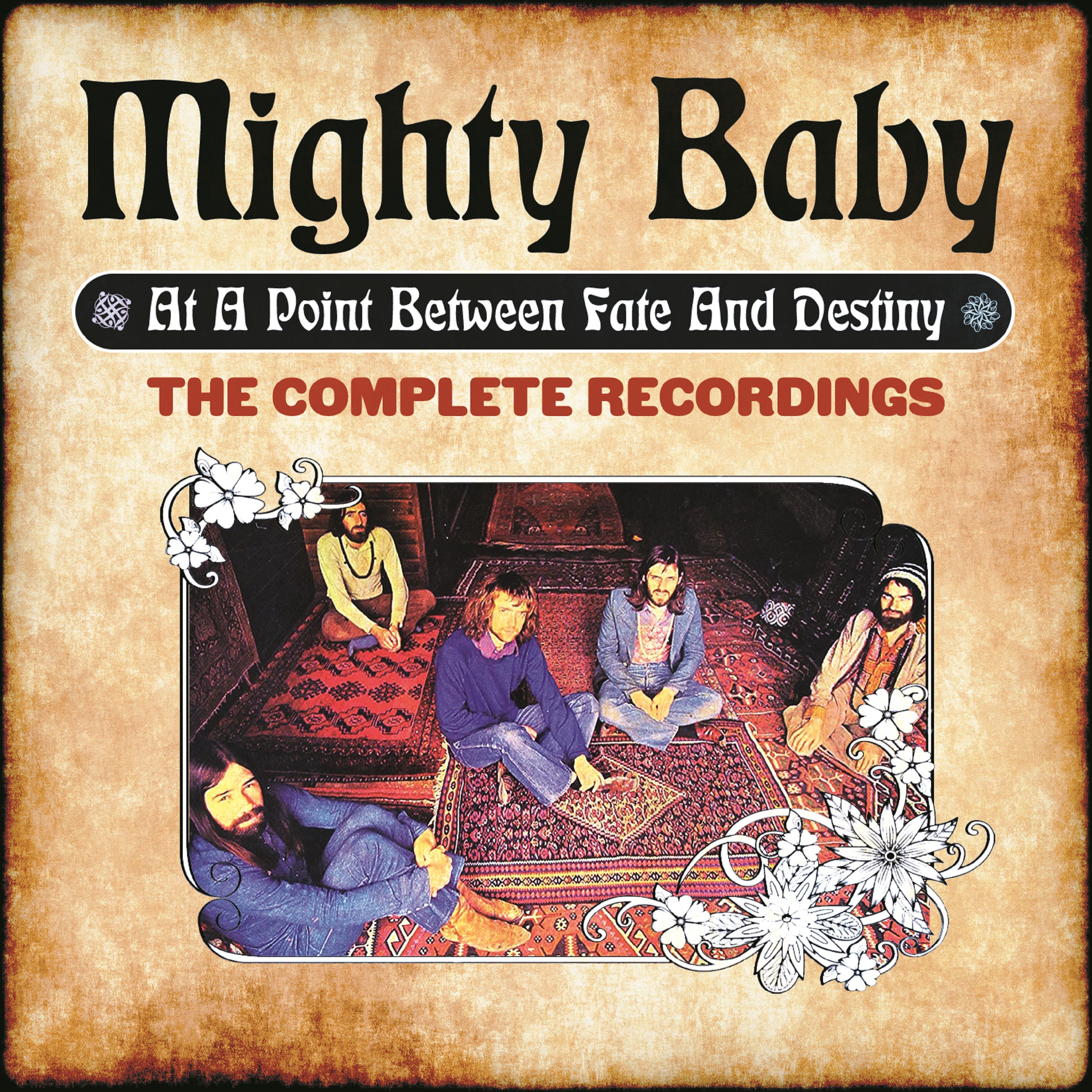 Just thought it's worth mentioning that the 6 CD box set doesn't include “Live In The Attic”, (released in 2009 on the Sunbeam label) – an omission from the box Subtitled “The Complete Recordings”.

That one is the band playing live the stuff from the abandoned Day of the Soup album. You can find it at a good price on discogs.

Other than that, the box set contents look pretty impressive.

The Mighty Baby box includes all of the Live In The Attic material on Disc Four, now listed under its correct title Day Of The Soup. Thanks for putting me right on that, Justin. I was going by the write-up I read here:
http://dmme.net/mighty-baby-entire-output-to-be-out/

Absolutely loved this box set, the pre debut album recordings that did eventually appear on the album are great to hear,along with loads of other music,much never officially release before, that debut album is killer from 1969 and their best album,the live recordings again show this group to be extremely talented musicians but some of it can be overlong and not put on to vinyl, though the second album jug of love is a different beast entirely from the debut,this albums got a more home down feel and a more acoustic based sound,the liners are excellent as usual from dave Wells,some Based on an interview and feature in flashback magazine.grab this cd set,it may not be entirely to your taste musical wise but those guys together are awesome,some of this can be boring but there's much to find in this box set another winner.