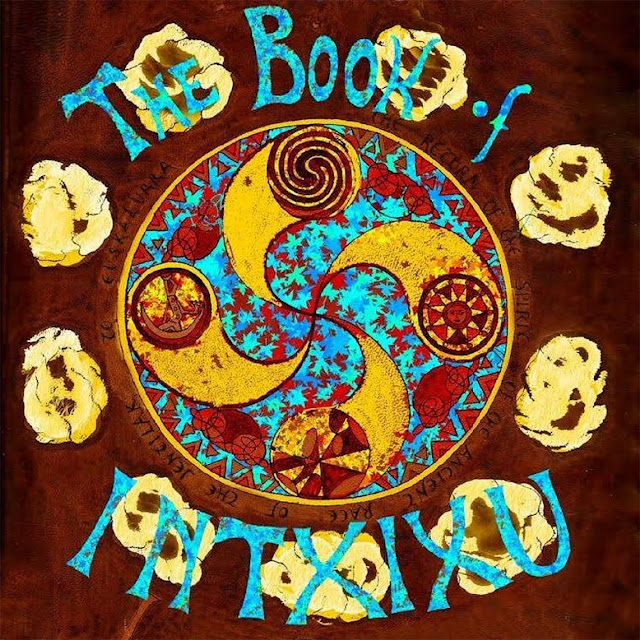 Recorded in the late '70s and early '80s by Juan Arkotxa, Leslie MacKenzie and Carmeta Mansilla, and previously only (partly) issued on cassette, 'The Book Of Intxixu' is the follow-up to the magnificent 'Book Of Am'. For this project the trio recorded about three hours of music, from which the highlights (some heavier and more electric than probably expected!) are now brought together on this double LP. The accompanying illustrations are included in a 24-page booklet. This release is manufactured in an edition of 500 units. 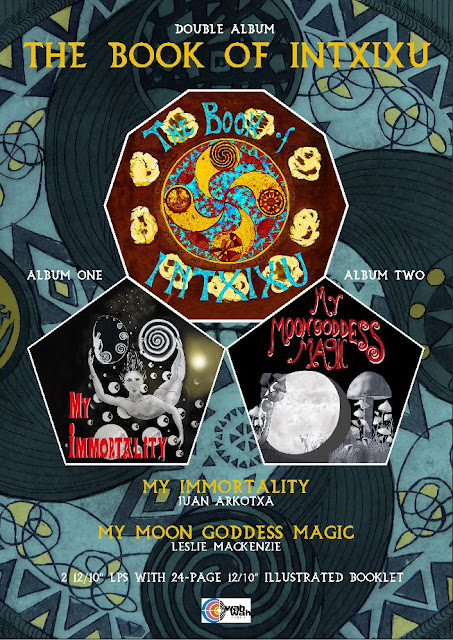 The book was first published in 1982 by Desclee de la Brouwer (Bilbao) in a bilingual Basque-Spanish edition. In 1983 IZ issued a cassette containing a selection of the songs sung in Basque by Juan. A part of it was later performed with mime artists at the short-lived Stonehenge Festival in 1983. 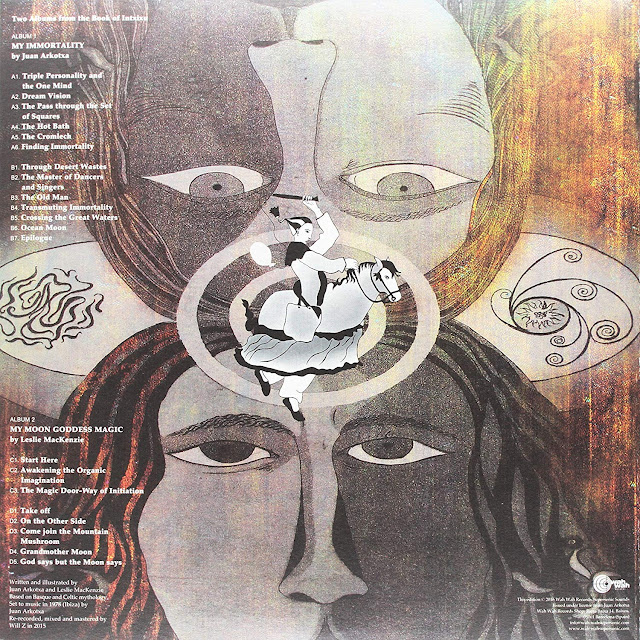 Conceptually it is again influenced by ancient myths and cults, you can find references to Sumerian hero Gilgamesh, the Meditarranean Moon Goddess cult, the hallucinogenic mushroom taker and healing woman from Oaxaca Maria Sabina, the works of Robert Graves, etc.
*Thanks to dariuschrisgoes for the info, art and mp3 @320 link. Also available in lossless format on request.
Shared as not-for-profit and for research and critical comments only under fair use policy.

Thanks Steve should be a fascinating listen