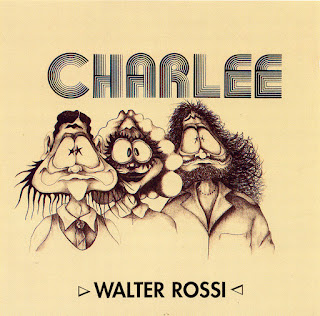 Born Rossignuoli Rossi in Naples, Italy in 1948, Walter Rossi and his family moved to Montreal when he was a child, and grew up listening to his mother sing and admired his carpenter father's guitar playing in his spare time. Walter didn't pick up the guitar until after finishing grade school, but soon began spending endless hours on it, taking his first and only guitar lesson at the age of 15.

Barely a year later he began playing at two of the city's biggest R&B clubs with The Soul Mates - at The Grand National and the Esquire Show Bar, where he also saw some of his mentors playing, including King Curtis and TV Mama. The drummer of that band was Buddy Myles, taking a break from Wilson Pickett's touring schedule.

He spent nearly two years with Pickett's band before tiring of the road rigors. That, plus his father's failing health prompted Rossi to move back to Montreal, turning down offers to play with Little Richard and Janis Joplin in the process. He joined The Influence, moved to Toronto, and before long were opening for Steppenwolf and The Doors. They cut one self-titled album at Bell Studios in New York.

But when that band ran its course after a little more than a year, he moved back to New York and got reacquainted with Buddy Myles, joining The Buddy Myles Express. They recorded toured the college circuit and recorded one album, producing the hit "Them Changes" (later covered by Jimi Hendrix). But by 1971 he decided to strike it out on his own, moved back to Canada, settling in Toronto. Putting together the power trio Charlee, they were signed to RCA and they recorded an eponymous debut album, launched on CHOM FM. They sold 6,000 copies of the record from only one local record store in one week. "Lord Knows I've Won" was released as a single and got decent airplay at home and in pockets in the US (most notably Dayton, Ohio), but spent three weeks in the #1 spot in Australia.

That last sentence is interesting. I have vaguely heard of the band but have never heard that track. Not sure what part of Australia it was #1 in, if it actually was.

Rossi's solo lps all suck, but Charlee is the bee's knees.

There are three cover variations.