The fuzzbox seems to Wallace to have been mainly a US/Canadian psych thing.
Prove me wrong. 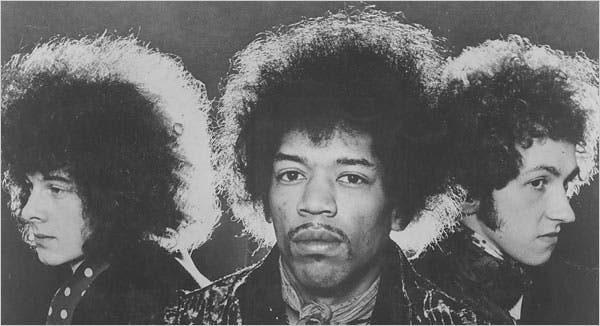 Jimmy Hendrix Experience, Pink Floyd, Procul Harem / Robin Trower Band, Jesus and Mary Chain, Beatles.
Fuzz pedals trace back to 1961. In music and other areas, British musicians do things from a subtly different perspective, so naturally they tended to use effects pedals and find psychedelia in different ways to others elsewhere. Viva la différence!

Fuzz boxes are usually referred to as fuzz pedals. Similar effects are created in different ways and you can hear the sound of Paul McCartney's fuzz bass on George's 'Think For Yourself' from Rubber Soul.

Fuzz guitar was very popular in the UK in 1966, most 'freakbeat' contains it. Also psych still used it a lot - Pretty Things on Defecting Grey and Mr Evasion as well as many other 45s, less so on 67/8 era LPs though. The Deviants used plenty, High Tide and many of the crossover psych/prog/hard rock groups from 69/70 used fuzz, too many to mention really.