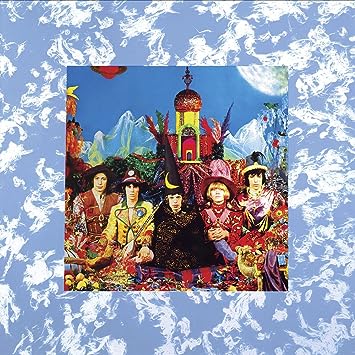 To add to the previous posts regarding this album, I thought it worth contributing 2 LP's worth of mono Majesties for your educational and personal use. 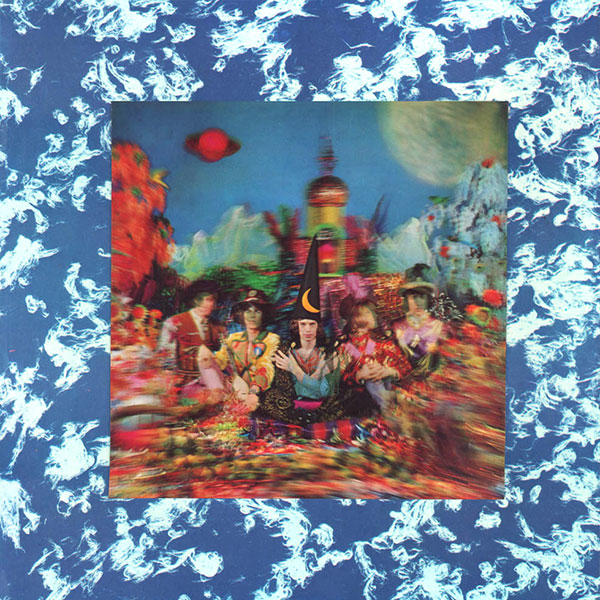 The first one is a straightforward remastering of the original mono recordings.

Some interesting background notes:
Satanic Majesties: The strange result of a bizarre set of personal, professional, and cultural circumstances.

Did the Rolling Stones intend Their Satanic Majesties Request to be a spoof of Sgt. Pepper’s Lonely Hearts Club Band or was it a sincere attempt to siphon some of the magic of the Beatles’ masterpiece? This question has hung over Satanic Majesties ever since its release in late 1967, perhaps due to the persistence of the perception that the two groups are locked in a deathless rivalry. Their album artwork is so similar—not entirely surprising, considering how both ornate cover images are based on photographs snapped by Michael Cooper.
Richards and especially Jagger became disenchanted by their manager and producer Andrew “Loog” Oldham and was determined to sever ties with Oldham. Jagger later claimed the Stones went wild on Satanic Majesties “to piss Andrew off, because he was such a pain in the neck. Because he didn’t understand it. The more we wanted to unload him, we decided to go on this path to alienate him.” But, as always, there may have been a mercenary mission driving Mick’s emotions.
Oldham, who was contractually obligated to pay all recording costs, suspected the band members were out to bankrupt him and force his resignation. “Suddenly they weren’t arriving in the studio with songs. There’s actually nothing to do. Three weeks this is going on—and three weeks in the sixties was a very long time. The man who muscled aside Oldham in the management of the Stones, the faltering sessions was indeed intentional: “’What bothered Jagger was that Oldham was making five times as much as him.”
~Stephen Thomas Erlewine, pitchfork.com

Copyright Disclaimer: Availability is made for "fair use" for purposes such as criticism, comment, news reporting, teaching, scholarship, and research. Fair use is a use permitted by copyright statute that might otherwise be infringing. Non-profit, educational or personal use tips the balance in favor of fair use. It is not to be used for copying and selling. No copyright infringement intended. This is strictly for non-profit and educational purposes only. All rights belong to the original owners and content creators of this material.

The 2nd LP's worth of Majesties is 10 mono bonus tracks. You'll need to leave a message here with your email contact details to be sent the link.

Some good tracks some so so... anyway I'd be interested in hearing the "bonus tracks", thanks!

Thanks Steve interesting write up

Hey Greg, does that mean you'd like to hear the bonus album? Your comment doesn't really say so!

Hi
interesting i was never sure if they taking it seriously but still some good stuff to listen to either way.
I did get hold of the Satanic Sessions some time ago that consisted of 8 cd's i will have to try and find it and give it a listen.
If uou can send the link for the bonus material that would be great.
Thanks
Steve

Keep checking your emails Steve. Health permitting, I'll email you this evening.
Hope you find the Satanic Sessions. I'd love to hear them. I'd not be surprised if the bonus cd I have is in those 8 cds.

In process of downloading the mono mix of the album now.