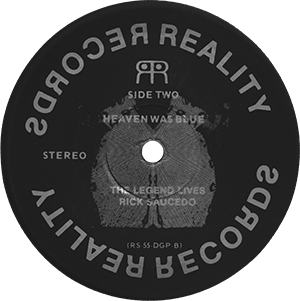 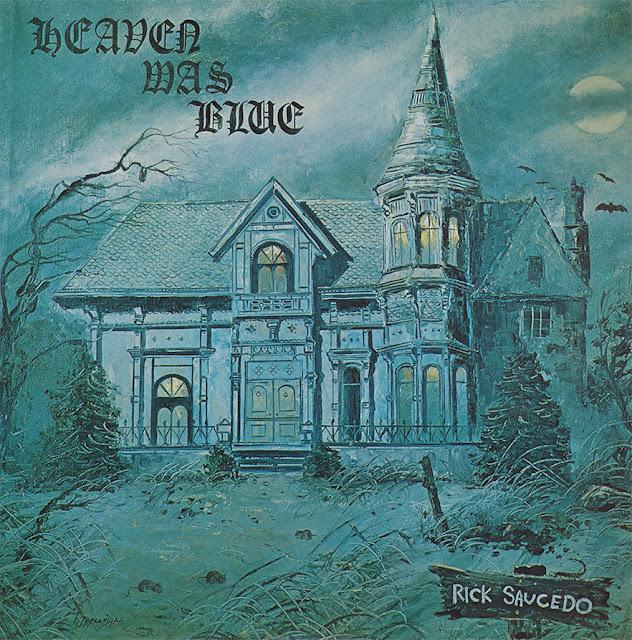 All instruments on the album were played by Rick with help from a couple of friends. Songs like "Reality," which was written in a graveyard just after the passing of Elvis Presley, or "In My Mind," which dates back to 1967, written just after Sgt. Pepper had come out, are prime examples of dreamy acid psych with Lennon-esque vocals, lysergic guitars, and studio effects. There's also a couple of fuzz rockers with a strong '50s vibe, and then there's the album centerpiece: the impressive 18-minute "Heaven Was Blue" suite, which Rick envisioned as an "acid trip dream." In words of Patrick Lundborg, "Saucedo pulls it off. Somehow like how you turn the wheels on a kaleidoscope, new melodies, guitar figures and arrangements emerge out of the old ones every three minutes, each sequence more swirling and enchanting that the last, with a sense of progression throughout." 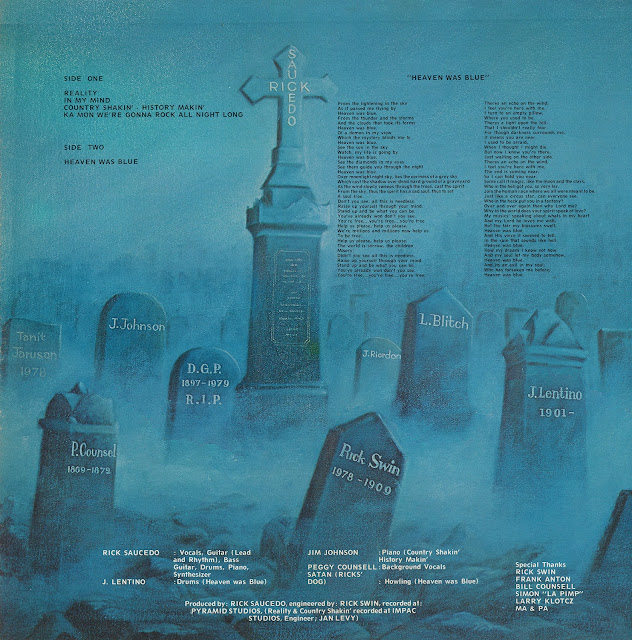 Thanks to ThePoodleBites for another great vinyl rip.

Thanks for this album Steve looks to be a interesting listen

Love the cover. Reckon Black Sabbath would have been happy with that.

He apparently released a lp of BeeGees and Beatles covers.

Rick Saucedo didn't record an LP of BeeGees and Beatles covers but he did play Beatles songs with his band Redwing in the 1980's.
He's a songwriter, arranger and producer and a multi-talented musician, playing sitar, keyboards, synthesizer, acoustic, electric and slide guitars, drums and more.

At the age of seventeen, Saucedo began performing in nightclubs and bars around Chicago. Upon forming his band The Ambassadors, Saucedo landed the role of Elvis in the 1978 Broadway musical Elvis-The Legend Lives. Along with Elvis' original backup group, The Jordanaires, Elvis' original drummer, D.J. Fontana, and original backup vocalist Millie Kirkham, Saucedo recreated Elvis' career. Ever since, Saucedo has been credited as one of the original Elvis tribute artists.

Saucedo's most recent projects have been built around the delta blues, rockabilly, and country influences that would eventually lead to rock 'n roll.